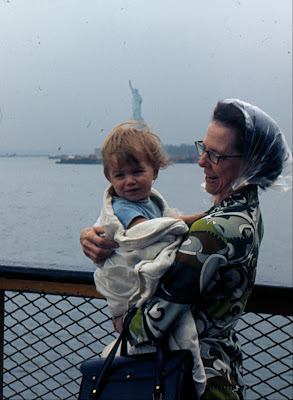 I love words. I love that words have history, and ancestors, and family trees. I love that geography, culture, economics, and historical events give birth to words and shape their evolution over time.
I never wanted to be a Latin teacher, but I suppose it was inevitable. After I accepted my current job as an English and Latin teacher, my aunt revealed that my grandmother had wanted to be a Latin teacher more than anything in the world, but she could not, due to marriage, family obligations, all those things that kept women of that era from being able to fulfill their dreams. She became the first female (and, as I understand from my family, the youngest) court stenographer for the Indiana Supreme Court. Her father had to go to work with her, she was so young. She deserved to do whatever she wanted to do. And so it's fitting - and more than an honor - to fulfill her posthumous dream. It's in my blood, I suppose.
I find it fascinating that denied the opportunity to teach others about her love of words, she spent her entire career recording spoken English, condensing its sounds into squiggles and lines. She used to hone her shorthand skills by transcribing entire soap opera episodes and telephone conversations on. Ask her what my father ate for lunch during a mid-day phone call in 1972, and she could have flipped right to the combination of squiggles for “soup, a pickle, and a Heineken.”
I like to think she would have enjoyed my classes; particularly the time I spent on etymology, the study of word origins. I teach one vocabulary/etymology word a day at the very beginning of class when I teach my cultural literacy item of the day. Today's word? Spurious. A great word, one that my grandmother would have loved.
‘Spurious’ describes something that is false, or inauthentic, but it comes from the Latin spurius, meaning “bastard” or “illegitimate.” Spurius was related to all sorts of lovely words such as spurcitia, meaning “filthiness” or “dirt,” and spurcare, “to make dirty” or “to defile.” The Romans thought highly of their illegitimate children, clearly. They even turned spurius into a proper name for all those illegitimate offspring roaming around ancient Rome. If your name was Spurius, you were likely illegitimate.
Which segues nicely into my cultural literacy item of the day. I got to thinking: If the Roman naming convention had continued into the Elizabethan era, and Shakespeare had known about it, and he'd named Gloucester's illegitimate son Spurius instead of Edmund, the first speech in Act II of King Lear would be even more awesome than it already is.
Edmund (a.k.a Spurius) was the illegitimate son of Gloucester, close advisor to Lear. Gloucester lavishes all of his love on the legitimate son, Edgar, which drives Edmund nuts. He hates being a bastard because it renders him less than - more base - than his bookish brother Edgar. Anger drives him to deceit in the form of a tragic plot against his brother that leads to Oedipus-style eye removal, nakedness, and rampant baseness among all concerned. The fact that Edmund is, in fact, the spurious (illegitimate) son causes him to become spurious (false) and deceive his father. See that? That's just lovely, if you ask me.
I recommend this PBS performance of King Lear, as the Edmund is a hottie and does this extremely appealing L- and T- thing with his tongue on the word "legitimate" that causes giggles among the middle school girls. Oh, not me. I would never. Not in English class, anyway.
Act I, Scene 2
The Earl of Gloucester's castle
Enter [Edmund, the bastard] alone, with a letter [the one he's going to use to trick his father, Gloucester, into disavowing his good and true son, Edgar]
Edmund (Spurius, the bad-boy hottie I mentioned)
Thou, Nature, art my goddess; to thy law
My services are bound. Wherefore should I                       335
Stand in the plague of custom, and permit
The curiosity of nations to deprive me,
For that I am some twelve or fourteen moonshines
Lag of a brother? Why bastard? wherefore base?
When my dimensions are as well compact,                        340
My mind as generous, and my shape as true,
As honest madam's issue? Why brand they us
With base? with baseness? bastardy? base, base?
Who, in the lusty stealth of nature, take
More composition and fierce quality                                  345
Than doth, within a dull, stale, tired bed,
Go to th' creating a whole tribe of fops
Got 'tween asleep and wake? Well then,
Legitimate Edgar, I must have your land.
Our father's love is to the bastard Edmund                         350
As to th' legitimate. Fine word- 'legitimate'!
Well, my legitimate, if this letter speed,
And my invention thrive, Edmund the base
Shall top th' legitimate. I grow; I prosper.
Now, gods, stand up for bastards!                                       355
The girls may adore the hunky, bad-boy Edmund, but despite my dorky enthusiasm for the nickname, they absolutely refuse to call him Spurius. My love for the symmetry of it all was loudly and eagerly trumped by the fact that 'Edmund' sounds a lot like 'Edward,' the vapid vampire guy from Twilight - or, as I like to call it, "That book I won't give you independent reading credit for, so don't even bother to ask me."
Did I mention that my preferred word for the time of day between daylight and nighttime is not, in fact 'twilight,' but gloaming, from the Old English glomung, a derivative of glom, from...aw, crap. Crappity-crap-crap.
From glom, Old English for 'twilight.'
Posted by Unknown at 12:38 PM 6 comments:

I Have Seen the End of Civilization, and it Drives a Jeep.

(If the embedded video gets removed, the link is: http://www.youtube.com/watch?v=KyEwG-ZBm4I)

No. Your ears do not deceive you. You have not entered some alternate universe in which up is down and down is up. That really is Robert Frosts' voice, reciting "Stopping by Woods on a Snowy Evening" in the context of a Jeep commercial.

I don't even know where to begin.

First of all, I found out about this online because we don't have broadcast TV in the house - mainly to avoid commercials. I hate them. I piss other people off because I have to mute them when they are on. I think that's because complacency sets in when commercials on radio, television, the internet, print media are part of your daily life, they fall away into background noise. As I only see the ads that come up during internet streaming of a show (and it's the same ad over and over - whose stupid idea was that? It makes me want to boycott the company, not purchase the product), I still hear the commercials. In a related parenthetical that I won't even bother to put in parenthesis because I just told you it's a parenthetical - why are the commercials louder than the show? Is it bad sound leveling on the part of the broadcast medium or is it on purpose, so the commercial will shock us out of our reverie and make us listen?

Anyway. Back to Frost. I can't believe a trustee of the Robert Frost estate authorized this. Have they READ any Frost? Is the Frost Farm in Derry in danger of foreclosure? I will, of course, be writing a letter today, because, well, letters to people like trustees of the Robert Frost estate are my form of entertainment. Is it just me, or is this akin to Apple using a quote from Walden to sell iPods?

The biggest issue, for me, is the fact that "Stopping by Woods on a Snowy Evening" is the incongruence.  The viewer who does not know the entire poem might think the Jeep and the poem are a natural fit - one is about being in the woods in a snowy evening, and the Jeep would help you do that without losing traction. But the poem is, at its center, about the quiet solitude and purity of the woods, the silence in the dark, the sweep of easy wind and downy flake.

Until the roaring engine of the Jeep Wrangler comes charging through the trees, of course.

Coincidentally, it's an ice [snow] day here in Lyme, but only for my kids. I have to go to work at my school, which is also in Lyme. I get to travel them three times more often, because I will be traveling back and forth to make sure they are not killing each other in my absence. God forbid the power goes out, because the only thing standing between chaos and relative order at the Lahey household today will be DVDs and Xbox.

But no broadcast television. Because everyone needs their snobby and arbitrarily imposed standards.
Posted by Unknown at 4:16 AM 7 comments:

Email ThisBlogThis!Share to TwitterShare to FacebookShare to Pinterest
Labels: commercial, Jeep, Robert Frost, Stopping By Woods on a Snowy Evening 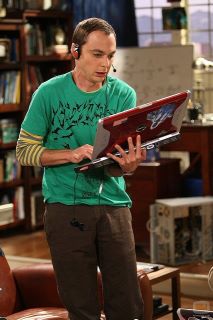 I was watching an episode of Big Bang Theory with my son, and in that episode, Sheldon uses the acronym "AFK" to indicate to the other participants of a multi-player online game that he's "Away From Keyboard." As in:

So I am hereby repurposing that acronym to indicate that I am taking a much-needed break from school this long weekend and am, officially, "AFC," or "Away From Classroom." I could use "AFK" for "Away From Kids," but I actually miss the kids when I'm gone, so I'm sticking with my first choice. I think it could catch on.

So, I will be back with renewed vigor and a new post early next week, but until then...