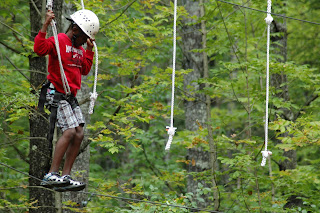 Before I was faced with the death of a former student, I was working on an essay about This American Life's broadcast called "Middle School." In the second segment, Ira Glass talked with Alex Blumberg, a This American Life producer and former middle school science teacher.

I don't know if they learned anything. They are so consumed with learning all these other lessons about where they fit in, in the social order, and how their bodies are now working and--

And who they're going to be.

--who they're attracted to, and who they're going to be, that facts and figures and geography, and all the other stuff that you teach in school, it just doesn't even penetrate.

Wait, are you saying we shouldn't even bother to have them in school? We should just basically put them to work in the factory for two or three years?

Yeah. I basically came away thinking you're sort of wasting your time trying to teach middle school students anything.
As you may imagine, I disagree. And the whole broadcast made me so, so sad. I was just so sad for the kids in that broadcast, particularly the kid who has no friends and was searching for some sort of place in a community. According to that story, middle school was a dose of purgatory he should not have had to deal with at such a young age.


One of my students' parents asked me if I had listened to the broadcast, and when I said I had not had a chance yet, he said it was just the opposite of his daughter's experience, that she loved her middle school and did not feel as if she had to live through hell in order to make it to the other side. That should be what we - as parents, and as teachers - are aiming for, and yet I can't consolidate it, can't create a target that's easy to aim for.


Anne Lamott once said, in her memoir Operating Instructions, that the worst fear she had going into motherhood was the "agonizing issue of how on earth anyone can bring a child into this world knowing full well that he or she is eventually going to have to go through the seventh and eighth grades." No period in her own life, she explains, involved more "meanness, chaos… hurt and aloneness."


That simply isn't the experience of my middle school, as far as I can see, and I don't think it's due to the fact that my school is private. It isn't the experience of my son's middle school, either - his is public. It's not a rich kid v. poor kid thing. I think it's because purposefully cultivate community. We have a formal character education curriculum. We teach virtues. And our students, for the most part, care about each other. My son's class is a community unto itself. He belongs, he enriches, he supports. As far as I know, that's the experience of most, if not all, of the kids in his class.


Day after tomorrow, 98% of Crossroads Academy's student body will go shopping for gifts that will be given to children who will spend their holidays homeless, at The Upper Valley Haven. This is a tradition at our school. The students raise money through a penny drive, bake sale, and various other charity drives. After the money is counted, the students shop for presents according to the list we get from The Haven, and next week, a few of these students will deliver the gifts.


Say what you would like about private school students, their parents, the tuition, but every time we shop for gifts, someone asks me or my boss about who these kids are and what they are doing, filling up carts with dolls and legos and markers and all sorts of other gifts. And every time we tell them, strangers hand us money. Every time. Strangers who can ill afford to do so, hand us cash in order to support the spirit they see in our students.


And every year, I am grateful to be a part of such a group.
Posted by Unknown at 3:16 PM