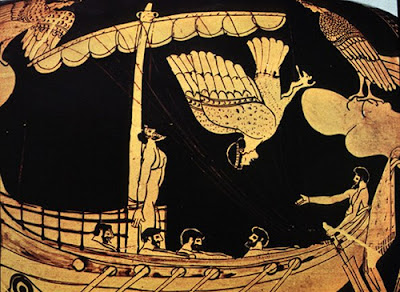 Today is one of those days that make me giggle. The sun is shining, the students are happy, and best of all, it's Friday.

I spent first period correcting vocabulary while the students were in clubs and musical rehearsal. I opened the book on the top of the pile to chapter 14, and a student had left a little note for me: "Mrs. Lahey, you gave me a 19/20 for chapter 13, but I actually got two wrong. I should have gotten an 18/20." I wrote back, "My mistake, thanks for your honesty. You can keep the 19."

This happens all the time around here - the honesty, not the mistake - and I am sure it is a direct result of Crossroads' emphasis on character education. There's mumbling and grumbling here and there about character education class, but when it comes to these small moments, its clear that the students take the core virtues curriculum to heart. We teach them to "know the good," guide them as they come to "love the good" and then, if the stars align just right, we get to bear witness when they "do the good."

Second period, I had English 7, and they were on today. The vocabulary term for the day was belle epoque, and, as Adrienne Rich died yesterday, she served as our cultural literacy lesson. I read two of my favorite poems, "Storm Warnings" and "Diving Into the Wreck." A student raised her hand at the end of "Diving into the Wreck."

"Is she going into the underworld? That's what I see." I paused for a moment, and considered sharing Ms. Rich's feminist philosophy and her place in feminist history. In the end, I decide to wait. My students are twelve, and Ms. Rich's role in the feminist movement, her contributions to women's artistic, social, and political power in America remains an abstraction.

I am here, the mermaid whose dark hair
streams black, the merman in his armored body
We circle silently about the wreck
we dive into the hold...
we are, I am, you are
by cowardice and courage
the one who find our way
back to the scene
carrying a knife, a camera
a book of myths
in which
our names do not appear.

If these lines represent a descent into the underworld, if that is what they see, if that image helps them revel in Ms. Rich's language, then so be it. A more "correct" reading can wait until Monday.

I used to correct them right away, to hand them the "right" interpretation for each poem. But recently, I have found that when I tell the students that their interpretations are no less valid, no less "right" than mine or anyone else's, they are more invested. They develop a relationship with the poem. I can't believe it took me so long to figure that one out. Of course they hate poetry when a teacher tells them that their reading is wrong, that they don't "get" what the poet it trying to say. Where is the joy in that?

I do guide my students toward a more thorough and careful reading of poetry, but I have learned to let them have their revelations.

Misunderstandings and mis-interpretations provide some of my favorite moments. In the second scene of Twelfth Night, Viola hears that her brother may not have died when their ship went down in a violent storm. The captain tells her that he saw her brother tie himself to the ship's mast. I asked the class why they thought he might do tie himself to a mast, and one boy said, "To save himself from the sirens?"

To save himself from the sirens. Oh, how I love my job.

Right image, wrong story. Odysseus kept from being lured in by the sirens' song by stuffing his crew's ears full of beeswax and tying himself to his ship's mast. Viola's brother, on the other hand, was simply holding on to a super-sized life preserver in an attempt not to drown in the Adriatic Sea.

I'm willing to go with the flow on the underworld interpretation of "Diving Into the Wreck," but sometimes, mistakes are just mistakes. No matter how much they make me giggle.
Posted by Unknown at 8:51 AM