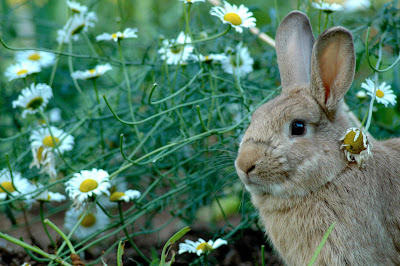 Spring in New Hampshire has been delayed somewhat by last week's blizzard, and I'm ready for that snow to melt away into mellow fruitfulness. I could not resist the lure of spring: today's vocabulary word of the day was "vernal." The students shouted out "vernal equinox!" and "vernal pools!" the moment I wrote it up on the board, and someone commented that they heard the first peeper of the season last night. The first daffodil from my garden is on my desk (I dump my wood stove ashes outside the mudroom door near the daffodil bed, and it forces them to bloom early). Latin ver means, predictably, spring. The official dictionary definition lists the meanings as: 1. of, relating to, or occurring in the spring; 2. Fresh or new like the spring. In order to segue into the lesson of the day, I asked them how they might use the word "vernal" in a poem to mean something other than spring. I got some great suggestions, but my favorite was as an adjective for a new feeling, "Maybe if you are sad, and then something makes you happy. It would be a vernal happiness."


Under the word vernal, where I always list the cultural literacy term of the day, I had written the word "Romanticism." My eager-beaver eighth graders started to ask for the definition. Whoah, nelly. Not so fast. How about I set up the context for the romantic movement and then the class can tell me what the definition is.


Before the romantic movement, Europe was in the middle of a period in which intellectualism, remove, and abstract thinking was prized. Think reason. Think science. One seventh grader almost exploded out of his seat, arm up, index finger pointed to the heavens, yelling, "The ENGLIGHTENMENT!!!" and I rewarded him with a big fat extra credit point and promised to tell his history teacher about the connection after class. Fist-bumps all around.


So - reason. Science. Now, let's read some poems from the English romantic tradition and try to figure out what these poets were trying to create.

I heard a thousand blended notes,
While in a grove I sate reclined,
In that sweet mood when pleasant thoughts
Bring sad thoughts to the mind.
To her fair works did Nature link
The human soul that through me ran;
And much it grieved my heart to think
What man has made of man.
Through primrose tufts, in that green bower,
The periwinkle trailed its wreaths;                         10
And 'tis my faith that every flower
Enjoys the air it breathes.
The birds around me hopped and played,
Their thoughts I cannot measure:
But the least motion which they made
It seemed a thrill of pleasure.
The budding twigs spread out their fan,
To catch the breezy air;
And I must think, do all I can,
That there was pleasure there.                              20
If this belief from heaven be sent,
If such be Nature's holy plan,
Have I not reason to lament
What man has made of man?


They caught the "What man has made of man," although they could not have missed it, I read it so slowly and looked at them meaningfully when I said it. I always think of Duke Orsino from Twelfth Night when I read this poem. In the first scene of the play, Orsino is lounging around, mooning over the lovely Olivia and announces that he has no other choice but to head out to the garden to swoon about and think his love-thoughts under a canopy of flowers. Even if you have never read the play, you know the beginning to this lovesick scene. It starts with, "If music be the food of love, play on." Romeo moons about in the same way at the beginning of Romeo and Juliet. Orsino and Romeo are the epitome of the British romantic poet, in love with love and the beauty of the world when it's bathed in love's rosy glow.


We headed out onto the field on the lea and experienced ten thousand daffodils "tossing their heads in a sprightly dance" from Wordsworth's "The Daffodils," then moved on to Shelley and Keats' Odes - West Winds blowing through tousled hair, nightingales heard through drowsy sleep, and grecian urns telling tales of heroic deeds. I capped off the English romantic experience with "Season of mists and mellow fruitfulness." The progression had some logic; if I started with lines written in early spring, I was bound to finish in Keats' "To Autumn."


The romantic period took a few extra years to make its way to the States, but it turned up in the form of our Transcendentalist friends from New England. Whitman expresses the thinking of the American romantic movement beautifully in the last poem of the day.


When I Heard the Learned Astronomer
Walt Whitman
When I heard the learn'd astronomer,
When the proofs, the figures, were ranged in columns before me,
When I was shown the charts and diagrams, to add, divide,
and measure them,
When I sitting heard the astronomer where he lectured with
much applause in the lecture-room,
How soon unaccountable I became tired and sick,
Till rising and gliding out I wander'd off by myself,
In the mystical moist night-air, and from time to time,
Look'd up in perfect silence at the stars.


The real experience of the stars, writes Whitman, is not to be found in the reason of proofs and figures, but in gazing upward, in the mystical moist night-air. We debated this for a while; the students felt that the viewpoints did not have to be mutually exclusive. One boy said that science could also be an opportunity to think about the world in a new way, no less valuable than poetry.


"So, what should I write down on the board?" I asked them. "How do we define "romanticism" based on what we discussed today?"


"Too much of a good thing," one student said, with a bit of disdain. She's not the romantic type. More of an Enlightenment type.


"The whole romantic movement. They were trying to move away from reason, and they went waaaaaaay overboard."


"Well," I said, "Isn't that what reactionary movements do? The pendulum is over here," I walk way over to the window on one side of the room, "and in order to move away from here, we have to swing way the heck over here." I walk over to window on the opposite side of the room.


One minute left. I picked up a dry erase marker, popped off the top, and waited, pen poised to write. "Come on, give me something. What's romanticism about?"


"Feelings, lots of feelings," said one girl. I smiled at her and refused to write.


In the last seconds of class, we managed to scribble "return to imagination, nature, personal experience," and, in a stroke of brilliance, one student chimed in with Ezra Pound - a phrase she knew was anachronistic, yet absolutely appropriate to this lesson: "Make it new."


I put the following definition in their mailboxes after class, but I don't think they needed it. They did a pretty good job defining "romanticism" all on their own. They were absolutely people upon whom nothing was lost, and my work for the day was done.


Romanticism: the artistic movement that began in Germany and England in the second half of the 18th century marked by a concern for individual imagination, and emotion over intellect and reason. Primary philosophies of the romantic movement are:
1. a belief in the innate goodness of man in his natural state;
2. individualism;
3. reverence for nature;
4. revolt against political authority and social convention.
Posted by Unknown at 6:49 AM