I did an interview last week with Scott Barry Kaufman, author of Ungifted, and he mentioned a really cool nonprofit called The Future Project. He described Dream Directors who go into schools and encourage kids to articulate their dreams, then mentor them as they see those dreams to fruition.

You can read it over at the Atlantic. 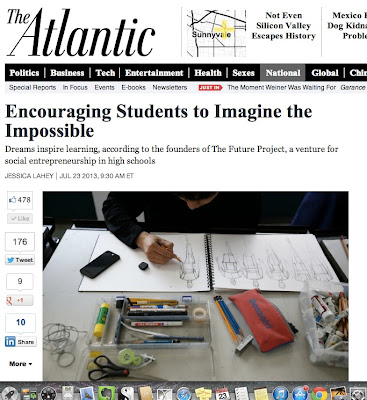