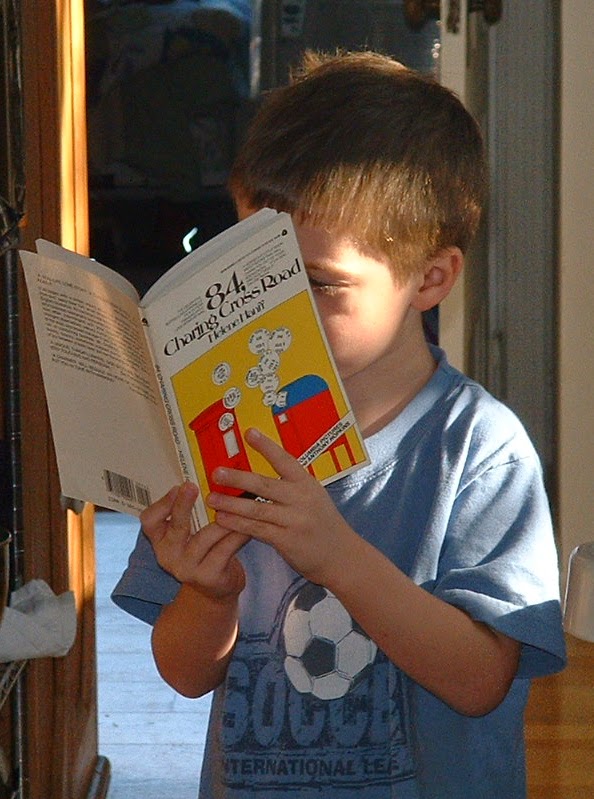 A very young Ben, reading one of my favorite books.

I wrote for a long, long time before receiving any money in exchange for my words. I wrote for my high school newspaper, my law school paper, plenty of newsletters, journals, and, of course, for the private pleasure of my own literary navel-gazing. I wrote in exchange for the thrill of the writing itself as well as the miracle of publication. Sometimes I received complimentary copies, now filed away in my "Jess' writing" box in our basement, but more often, I received nothing more than a heartfelt "great job!" note from my mom.

My first paid writing gig was for Michael O. Leavitt, who some of you may remember as Secretary of Health and Human Services under President George W. Bush. Through an unlikely series of coincidences and a crazy twist of fate, I was invited to help Leavitt write the inaugural speech for his third term as Governor of Utah. We had almost nothing in common - not politics, not religion, not verbal style - but we got along like peas and carrots, and the first time I heard my words emerge from his mouth, I was hooked.

And later, when I got paid? I could hardly believe my good fortune.

I was thirty when I became a paid wordsmith, but my son has me beat, big time. He will receive his first paycheck in exchange for his prose this summer, at the tender age of fifteen.

His review of R.J. Palacio's book Wonder, will appear in the July/August issue of Your Teen magazine (with Michelle Obama on the cover!), and with the generous permission of Susan Borison, founder and editor, I present Ben's half of our adult/teen book review article. 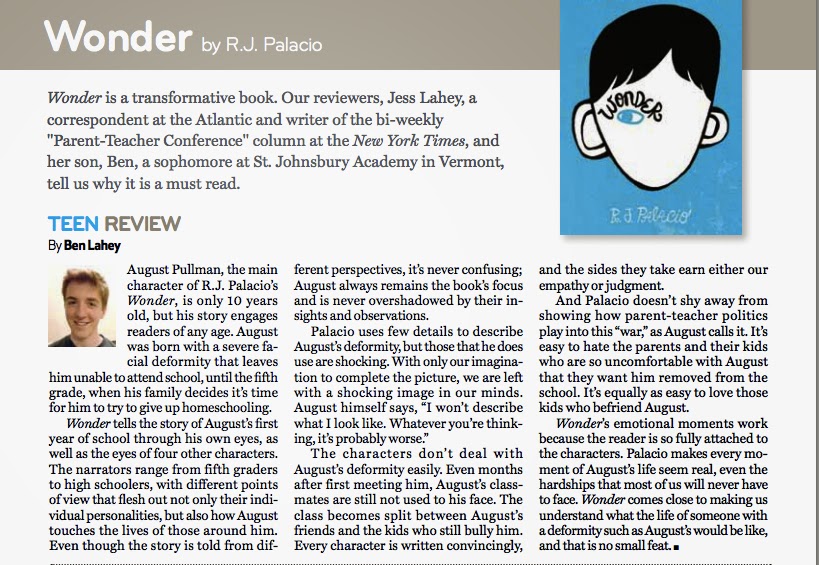