Algebra I: I Scream 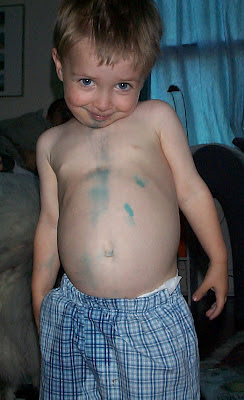 Algebra I
Day I

I am an English teacher with a math anxiety, and I have gone back to Algebra. I explain it more fully here.

Linear functions, scattered data, and probability, and apparently, I have just about the worst timing ever. The chapter test is tomorrow, so the students were reviewing. As I can't remember what a linear function is, I was at a slight disadvantage.

Okay - here's my first question. Histology is the study of organic tissue. Histo- comes from the Greek and means "a warp or web," literally "anything that stands upright" from histasthai, "to stand." Medical writers in the 19th century decided that this root was the best candidate for medical terminology concerning itself with "tissue." So how the heck do we get to a place where a histogram means a mathematical graph?

I did not want to raise my hand in the first five minutes of my first Algebra class. I wisely sensed that an etymology lesson might just derail poor Alison from her homework corrections, so I wrote it down in the corner of my notebook and did the research later on.

A mathematical histogram is a visual representation of the distribution of data, specifically for probability. According to the research I did after class, Karl Pearson, who coined the term in 1895, took histo- as "anything set upright, as the mast of a ship or the bars of a loom" and gramma-, meaning "drawing, record, or writing." Another source says that Pearson just went with histo- from "historical" and gramma- "drawing," and meant to create a drawing that shows a historical representation of statistical data.

Whatever. My point is that my first question in math class was an etymology question. You can see what I am up against here.

I liked the next problem. Vermont license plates use a combination of three letters, followed by three numbers. How many possibilities are there for Vermont licence plates? Well 26* 26* 26 10*10 *10 (I am just going to assume here that I did not represent that correctly; give me a break, it was my first day) = 17,576,000 possibilities for Vermont license plates. As there are about 28 people living in Vermont at the moment,* I think the state is in the clear where motor vehicle registrations are concerned.

The third problem really threw me for a loop and not because of the math - no, that threw me, too, but only because I could not get to the math part.

3. Chris Cross si 14 months old, and is just learning how to walk. He zigzags across the 12-by-15 foot room shown in the figure, eventually falling down. The ice cream cone he is carrying spills either on the 9-by-12 foot rug or on the floor around the rug.

Okay. Before I can even begin to think about the math, what sort of parent gives a 14-month old an ice cream cone and lets him walk around on a carpet? This entire mathematical quandary could have been avoided with better parenting.

But, as I am here in remedial math class due to my superhuman ability to avoid math, I forced myself to get past this appalling lack of judgment. I gamely participated in the problem and did not even point out that any intelligent mom would have that kid on the hardwood floor OUTSIDE the perimeter of that carpet. Oh - and hey! I know what the perimeter of the carpet is!

1. Bill Ding [clever] constructs quality homes. He figures that a house built on a particular lot should be sold for $373,000 if it has a floor space of 3,000 square feet. A 4,000 square foot house constructed on the same lot should be sold for $483,000. The selling price is the sum of the construction cost, at a fixed number of dollars per square foot, and the cost of the lot.

The problems after the example tested me. I was able to figure out the number of dollars per square foot it costs to construct the house, and the cost of the lot. I was actually quite proud of myself. However, two minutes later, I had to ask another student explain the terms "domain" and "range," terms I must have known when I was 13 or so when I had Mr. Davin for Algebra. I tried to sketch the graph, but my graph was just sad and looked nothing like the students'.

In the end, I'm okay with how things went. My students saw me go out on an intellectual limb and dare to admit I don't know something, and they got to feel good about teaching me something. It's win-win.

*also look up how many people actually live in Vermont.

Part III of my math odyssey can be found here.