Ambition Should Be Made of Sterner Stuff 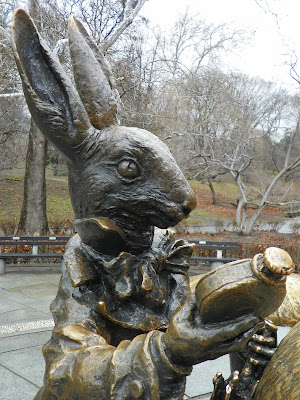 I don’t do New Year’s resolutions; I never have. I am not a fan of committing to unrealistic expectations doomed to failure the first time I get a sugar craving or blow off my morning run. Besides, as a teacher, September is my January, when I do my best reflection, renewal, and resolutions.

However, I’m going to make an exception this January. I figure it’s the least I can do, what with the American educational system in crisis and all. According to the most recent reports on the status of U.S. Education, we rank smack dab in the middle of international rankings for educational gains, and those gains are nowhere near rapid enough for us to catch up with the leaders of the industrialized world.

I’m not usually a fan of crib notes, but Joel Klein’s opening salvo in the report of the Council on Foreign Relations education task force offers up a pretty good summary of the situation: “The United States' failure to educate its students leaves them unprepared to compete and threatens the country's ability to thrive in a global economy and maintain its leadership role.” I’m just one teacher, in one small school in New Hampshire, but I’m not about to allow my students to be drowned in a “rising tide of mediocrity.”

In the face of such dire predictions, I figure my best defense against apathy and hopelessness is an optimistic and clear-eyed offense.

So this January, I resolve go back to the beginning and question everything.

That’s it. One resolution. See, in my first couple of years as a teacher, I switched classrooms and subjects so often, I never had the opportunity to relax into a routine. I struggled to stay 24 hours ahead of my students, and I remember praying for the magical, mythical day I could walk into class prepared with a tried-and-true lesson plan. I longed for the giant binder one of my law school professors hauled in to to class each day, the script he’d used for decades, well-worn, authoritative, and practically memorized.

I’m a decade in to my teaching career, and I have created a few of those binders. And I have to admit, they do make my life easier. But with comfort and routine comes complacency, and the last thing I - or any teacher - can afford is sit back and rest on those dusty cardboard laurels created for a now-stale Julius Caesar unit.

Teaching is hard work, and effective teaching is even harder. requires the humility to admit to our mistakes and the resolve to make things right.

It’s time to admit defeat, acknowledge the havoc we’ve created in our educational system and let slip the dogs of war on behalf of our students. Because “middling” isn’t good enough anymore.
Posted by Unknown at 5:56 PM