When Opportunity Knocks: Anatomy of a Viral Post, Part II 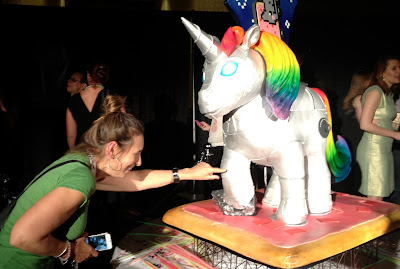 About two months ago, I wrote a post detailing the insanity I encountered when an article I wrote for the Atlantic, "Why Parents Need to Let Their Children Fail," went viral. I wrote the post on a Sunday, it was accepted for publication at the Atlantic on a Monday (after being rejected by a couple of other publications), went live on Tuesday morning, and by Tuesday afternoon, my voicemail was full of interview requests. Thursday through Sunday was a blur, and by the time the dust settled, "Why Parents Need to Let Their Children Fail" had been shared on Facebook almost 100,000 times and had been reprinted in newspapers from Australia to Canada.

The emails that flooded my inbox were overwhelming. I received letters from school administrators, parents, teachers, coaches, psychologists, all in support of what I'd written, asking questions about how to let their children fail, how to step back and allow their children to learn resilience. A few principals announced they would be handing this article out to every new parent at their school one said that it would be required reading for all new students. Coaches asked me expand my focus to sports and challenge parents to step back and allow their children to experience true sportsmanship through loss. I read every bit of feedback, and it was unfailingly supportive.

Now, I've been writing on the national stage for a while now, and this absence of negativity threw me for a loop. Purely positive feedback never happens, at least not in my experience. I could write about the process of putting together a peanut butter and jelly sandwich, and I'd receive a torrent of angry emails detailing my prejudice against strawberry jam or my clear and tragic ignorance on the subject of crust-cutting. That's the nature of writing online, and it's part of what I adore about the process. The feedback is immediate, intense, and highly entertaining.

But back to the saga. Two days after I returned home from New York City, I approached the agent I have been courting for many years. She first rejected me seven years ago, after reading my first book, and she was right to let me down easy. That book was a great education in writing, but it had negligible literary or stylistic merit. She certainly could not have sold that book to a publisher. A couple of years later, I tried again, this time with two ideas:

Two years ago, you were kind enough to humor our mutual friend [...] and consider some chapters from my first book, The Education of a Flatlander. While it was not what you were looking to represent at the time, you were incredibly kind and supportive in your rejection. You also encouraged me to try again someday. It's finally someday, and I have a couple of new projects I would like you to consider. I am an avid follower of your blog and Twitter feed and find both of them invaluable in my education as a writer. I hope those lessons, many more publishing credits to my name, and lots of time at the keyboard has raised my game.

...and she she promptly rejected me again. Well, part of my query anyway. She was not interested in the first idea, but she encouraged me to send her a full proposal for the second idea, Coming of Age in the Middle, about teaching middle school. I sent her a proposal for that book - which was, admittedly, half-baked. It was an amorphous collection of thoughts and ideas that had not had proper time to settle into a coherent book. She emailed back:

Dear Jessica,
Thanks for sending your proposal for COMING OF AGE IN THE MIDDLE. I found it engaging, but to be honest, I'm not sure what to make of it. It's a little like reading classroom scene excerpts from a movie script.[...] There isn't a narrative, and it's not a practical guide. I'm perplexed as to how I would pitch it or how a publisher would position it.

Again, she was totally, absolutely, spot-on. I bashed away at three or four variations of Coming of Age in the Middle idea, but no matter how much I squished it and molded it into something vaguely book-like, it always disintegrated into an unformed heap of essays and blog posts. I didn't really know what book I was writing yet, and she knew it. I kept sending new versions, emails that began, "Hi, it's me again," and god bless her, she kept reading them. But in the end, she wished me luck, patted me on the head, and send me on my way.

When the Atlantic article hit, and the response was so encouraging, I hoped I finally had a project that was worthy of her notice and respect. I emailed her and pleaded for one more try. She'd heard about the success of the Atlantic article, so she agreed to talk to me on the phone that week. And in that phone call, we finally had a meeting of the minds. We both saw it - the same book, clearly defined, pitch-able and sell-able, and we were both eager to to be a part of it. As the conversation drew to a close, she said she'd be sending a contract by email, and if I felt good about working with her, I should sign it, and send it back.

Finally - dear lord finally - my adoration and respect was requited, and I secured my dream agent,  Laurie Abkemeier of DeFiore and Company. The agent of my dreams. It only took seven years, three queries, and five proposals, all presented to her on bended knee, to get her to say yes.

Tomorrow's installment: "When Opportunity Knocks: Anatomy of a Viral Post, Part III." In which Laurie and I draft a book proposal, send it out to editors, and find ourselves in a feeding frenzy.