Oh, Say Can You See? 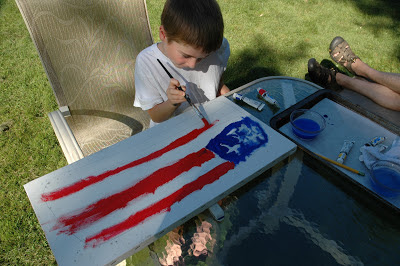 Mark Bauerlein wrote a fantastic piece for Bloomberg.com yesterday called "What Do U.S. College Graduates Lack? Professionalism." In it, Professor Bauerlein laments the marked decline teachers are seeing in student work ethic and the impact that decline is having on the emerging workforce.

I gave an exam last week, and one student showed up 25 minutes late. When the hour ended and I collected the papers, he looked up from his seat, cast a pitiable glance and mumbled, “Please, I got here late -- may I have another 20 minutes?”

I shook my head and said, “Can’t do that.” His request echoed in my head all the way back to my office. Where in the world did he get the idea that an exam doesn’t begin and end at a set time?

I am both relieved and worried to read that I am not the only teacher who has noticed a decline in student work ethic over the past decade. This decline has not been subtle, in my experience, and when I talk to other teachers, I hear the same complaint.


Even more than employers, fully 64 percent of professors observe an increase in a sense of entitlement in recent years, while only 5 percent say it has decreased. The students text-message during class, send e-mails to teachers with grammar and spelling errors, and act “unfocused.”


I posted Bauerlein's article to my Facebook page, with a question about where the decline in work ethic is coming from. My smart and observant friend, Carol Blymire, who teaches part-time, observed, "Because Mommy and Daddy will do everything for them...?" and the writer Tetman Callis agreed, in his usual poetic style, "The ills of the republic are nested in the homes of the citizens."

I don't know what's going on in the homes of other citizens, but this citizen's home will be ground zero for a cultural sea change this summer.

This will be the summer of my sons' independence, and I'm not talking the country idyll version of childhood independence; running around in the woods all day long in the summer and only coming home at the call of the dinner bell. That kind of independence is great, but we've already got that going on. My kids are decidedly free-range. I'm talking about the kind of independence that requires initiative and diligence, life skills that enable us to render abstract ideas, desires, and needs into reality.

Yes, it's true that I am operating under the influence of the mountain of parenting and education books I'm using as research for my book, texts that outline the evolution of our increasingly anxious and overprotective style of parenting in excruciating detail. Children used to have a work ethic because they were - gasp - expected to work. It's only once we started treating them as precious commodities to be coddled and pampered that teachers started to see a decline in the life skills that comprise work ethic, or "grit."

Despite the fact that I should know better, I have allowed myself to fall victim to one of the the classic parenting cop-outs, "Nevermind, I'll do it myself." I've failed my boys because I give in to the rationale that things get done faster and better if I do them myself rather than teach my children how to do them on their own. While it is true that I'm faster and better at most household chores, every time I do them myself, I deprive my children of the opportunity to practice both skills and diligence, and that's worth a few minutes extra here and there.

Part of my responsibility as a parent is to raise children with a solid work ethic, kids without the sense of entitlement described by Professor Bauerlein. More than the livelihoods of our children are at stake; the American economy is in the hands of today's parents. American college graduates are generally acknowledged to be less educated, less intellectually flexible, and less creative than their international peers, and to add insult to that critical injury by depriving our children of a strong work ethic could prove to be the fatal blow to our country's educational and economic future.
Posted by Unknown at 1:11 PM