The Mark of an Educated Mind 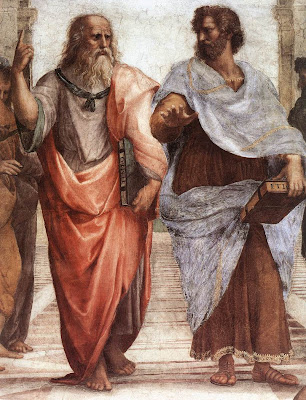 One of my sons got in trouble at school today. It doesn't really matter what he did - as long as he did not hurt himself or anyone else - because I know his teacher will help him understand what he did wrong and why he made poor choices. That's the magic of a great teacher. I trust her, I trust their relationship, and I don't need to intervene because she's holding him accountable for his actions, and I support her in that.

She asked him to fill out a reflection on his behavior, a reflection I was required to sign this afternoon. The prompts for his reflection are:

Here's what I did;
Here is why this was a poor choice;
This is what I should do next time so it does not happen again;
The virtue I violated was.

I will not bother to go in to the details of what he did wrong, mainly because that's his business, not mine, but it's pretty much what a lot of boys encounter in school as their energy levels increase and attention span decreases.

The virtues my son believed he'd violated were (in no particular order, other than his own mental processes): loyalty, self-control, gratitude, generosity, responsibility, heroism, stewardship, wisdom, and perseverance. Don't get me wrong, I know he did some mischievous stuff today, but I have to admit to being proud of his understanding of what he'd done wrong. That's what character education is all about, and I put my money where my mouth (or keyboard) is.

One of the most challenging aspects of being a teacher is the response some parents have to the news that their child is being held accountable. I've received angry phone calls, irate emails, and more than once, parents have stormed in to my office before homeroom to demand that I reconsider my actions, that their child could not possibly have done what I say they did. Demanded that I not discipline their child for anything unless I discuss it with the parent first.

Please, parents. Let your kids fail. Let them take responsibility for their mistakes and learn from them. Allow them to learn from failure. This is one of the greatest gifts you can give your children.