I Must Love the Little Birdies 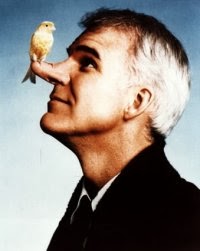 I'm on day seven of life without concussion symptoms. I was hesitant to speak these truths out loud at first, as I could hardly believe it, but with an entire week under my belt, I'm ready to shout it from the rooftops. I'm still being careful about how much I write and read, but so far, so good.

To cap off four months of dizziness, memory lapse, headaches, visual migraines, and word-finding problems, I wrote an article for the Atlantic about a recent study that showed kids who take some cognitive rest after suffering a concussion recovered in 20-50 days, while kids who returned to their normal, pre-trauma cognitive levels took twice as long to recover, an average of 100 days.

Then, in a fun twist, I was asked to appear on WGBH's show, Greater Boston, to talk about how to properly praise your kids, and I met the author of the same concussion study in the green room. He walked in, and we introduced ourselves. I asked what he was on the show to talk about, and he started to tell me about his study. I opened up my computer and pointed to his name, Dr. William Meehan, in my article, and we had a good laugh about the serendipity. I'd spoken to his colleague for a quote, so we had never met. We spent an inordinate amount of time trying to figure out how we know each other. We never figured it out, so he settled on the fact that he thinks I look like Nancy, the blonde married to Timothy Busfield on Thirtysomething. Whatever, I was tired of working through our possible social connections, so I took that and we moved on.

His segment on the show was being taped just before mine, so we were on set at the same time, on opposite sides of the host. I sat quietly during his segment, and when his segment ended, he had to slither slowly and silently out of his microphone and sidle away from the desk. It was quite difficult to keep from giggling during the start of my segment, what with all that sibilant, silent slithering.

I've done a fair amount of TV at this point, but I'm still learning a lot each time I have an appearance. Two important things I learned this week:

1. Greater Boston (and many other shows, for that matter, train their camera on the guest during the guest's introduction, so don't do "dead face." I always forget about this, and don't tend to smile until the very end, as my name is mentioned. I think that's a conversational thing. I've watched, and this is what people do during casual, real-life introductions. I forgot to remember this fact on the show, so for a visual example of dead face, watch the beginning of my interview (link below). Warning, it's not pretty. When I watched the segment at home, Ben walked into the room and quipped, "What are you doing with your face?" What, indeed.

2. When Greater Boston does two one-on-one interviews in a row, the first guest goes to the right of the host, and the cameras shoot that interview straight on. HOWEVER, if you are the second guest, they will put you in what the floor guy told me was "position five," which is to Emily's left. Now, even though there is a camera in front of you, they are not using that camera to shoot the two-shot in the interview (I assumed they were). They are, in fact, using the camera to your left. Therefore, if you have a honkin' schnoz, as I do, the entire interview will be conducted as a profile shot, and your nose will be the third guest. I watch my interviews in order to find ways to improve, and I have to admit, this one was hard to watch. I'm not sure what I could have done about it if I had known ahead of time; maybe angled out to my left more than I did.

3. This was not a huge deal, but I would also have chosen a different shirt. I knew I would be waist up, behind a table, but did not know my billowy top would be shot from the side, thus tenting out in such a mummu-ish fashion. I should have thought of the time my father informed me that I look pregnant in that shirt, and selected a different outfit.

Here's that segment, if you dare.

I actually had a lovely time and really enjoyed being on the show. The staff of Greater Boston are quite lovely, and I can't remember when I have laughed so much in a green room. The Today Show may be exciting, and Fox and Friends was certainly a trip of another kind, but I don't remember a lot of giggling (well, unless my friends Alicia Ybarbo and Jennifer Hartstein are with me). Every experience is an opportunity to learn, I just did not know I would be learning so much about my potential as a love interest in the film Roxanne II: The Marriage of Cyrano.

Luckily for me, the powers that be at Greater Boston liked the segment and have asked me to come back and do more commentary on education and parenting issues. Consequently, I will have ample opportunities to commit novel crimes of television broadcasting. In the meantime, enjoy this lesson in how to avoid 1) dead face and 2) unfortunate angles and 3 ) a tent-like appearance when sitting in Greater Boston's position five. 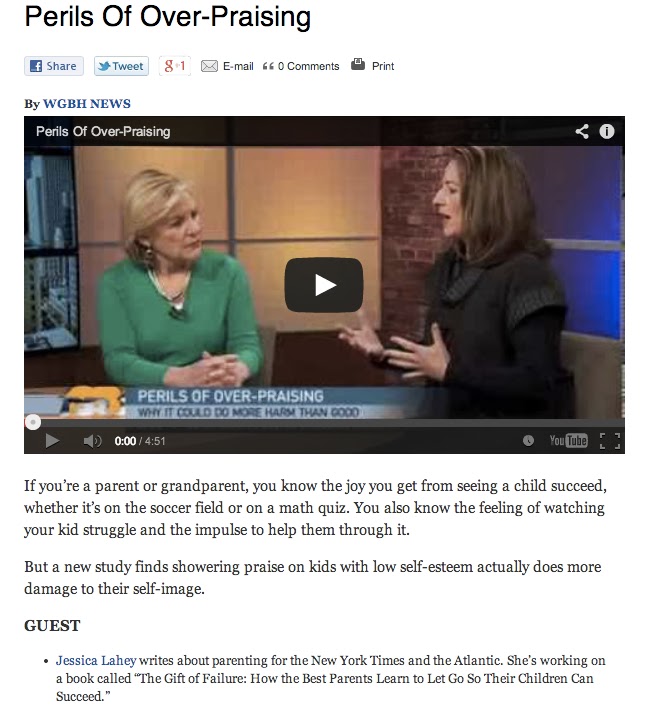