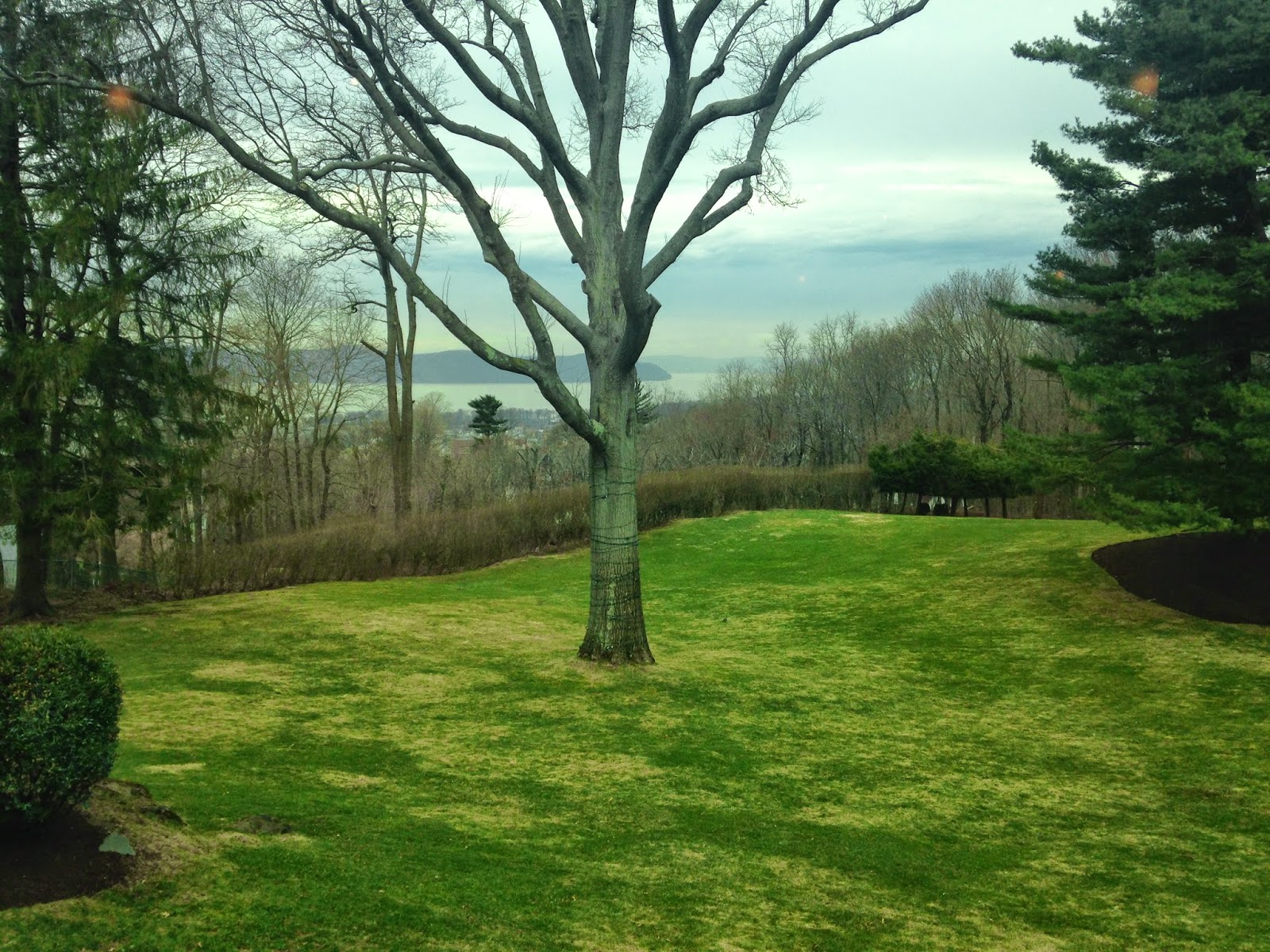 I had a lovely day in Tarrytown, NY yesterday. I was the keynote at a fundraiser put on by the Hackley School Parent's Association at the Tappan Hill Mansion, formerly owned by Mark Twain. He bought what was formerly known as the Hillcrest mansion for his daughter and lived there for two years at the end of his life. As I looked out over his view of the Hudson River, wishing I had thought to bring my white Twain suit and black bow tie*, I had one of those sappy gratitude moments. I get to meet some very nice people in some really cool places.

I also noted, as I gazed out on this awesome view, that if you figure inflation into the mix, Twain got a damn good deal for the mansion and its 19 acres when he paid $47,500.00 for it in 1902. The purchase amount was well under the asking price of $50k, which makes sense. He was heavily in debt to his buddy and occasional benefactor Henry H. Rogers (Standard Oil money) at the time, so he was feeling the economic squeeze. He even resorted to the notably un-cool move of contesting his taxes and successfully had his town assessment reduced. Among the "Tarrytown Millionaires," lofty tax assessments were a boasting point, so his request was notable - and perceived as odd - at the time. It was not the first time Twain was ID'd as a quirky guy, nor would it be the last.

But back to the point of my post. As promised, Hackley parents, here is the bibliography for the long version of the speech I gave yesterday, including all of the books and studies I specifically mentioned and lots more I would have mentioned given more time.

Thanks again, for inviting me!


Books referenced in my talk:

Not referenced, but also very interesting:

*This quote is commonly attributed to Mark Twain, but there is also some controversy about the veracity of this attribution. You can read more about this debate here.
**People tend to picture Twain in his white suit, but this was not a daily get-up. According to some quick research I did before showing up at the Tappan Hill Mansion (what can I say, I like to cover my research bases in case there's an appropriate moment for a Twain joke), he wore the white suit at a 1906 congressional committee meeting about copyright. Notably, he wore it in photographs, so it came to be his "thing" just as people tend to picture Emily Dickinson in black even though she usually wore white.
Posted by Unknown at 7:50 AM

Email ThisBlogThis!Share to TwitterShare to FacebookShare to Pinterest
Labels: bibliography