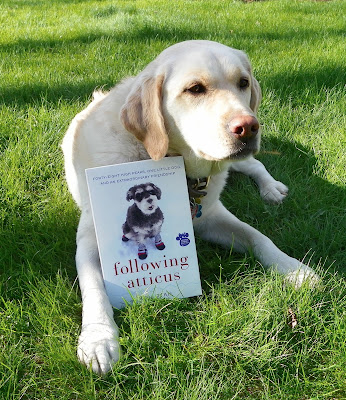 I have wanted to be a full-time, real-live, professional writer my entire life. This week - today, actually - my dreams came true. Today was the first day of my full-time writing career, and I wanted to mark this occasion by reprinting (thank you, Cassie Jones at HarperCollins) a little bit of the P.S. section of the paperback edition of Following Atticus: Forty-eight High Peaks, One Little Dog, and an Extraordinary Friendship by Tom Ryan. For those writers out there who like to read what amounts to publishing porn, you can find the salacious details of the story in "When Opportunity Knocks: Anatomy of a Viral Post" Part I, Part II, and Part III. Yes, it takes three installments to tell the tale.

I don't remember if Tom found my writing first or if I found Tom's, but I do remember that we found each other on Twitter. We tweeted, then we emailed, and we built a friendship. One day, he called me up and asked me to write the author interview and introduction to the P.S. section of his paperback edition. He had plenty of other offers to write that section, from authors far, far more well-known than I, but he knew I got his book.

Despite the fact that we both live in New Hampshire, and we both love to hike, I don't get to see Tom very often, as he's a private, quiet kind of guy, and I respect that. I do, however, want to take this opportunity to thank him for his faith in me. Faith that I could write part of his book, and faith that someday, we would both be full-time, real-live, professional writers. 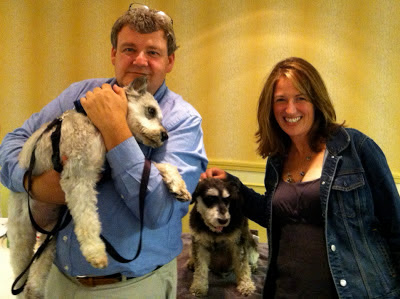 Introduction to an Interview with Tom Ryan

I have always been a sucker for a good coming of age story; tales of adventure, trials, and spiritual epiphany fuel my mind, my soul, and my teaching. These are our stories; the tales of humankind’s journey through the world, into the wilderness, and back home again. These are the stories I tell my children and my students. Stories of heroes who step out of ordinary lives and, despite the obstacles in their path, achieve the extraordinary.
When my copy of Following Atticus arrived in the mail, I dropped my briefcase on the floor of my mudroom, sat on the nearest chair, and opened to the introduction. The first passage I read was Tom’s description of Atticus, a lone figure atop Wildcat Mountain: “He is Frodo Baggins, he is Don Quixote; he is Huck Finn. He is every unlikely hero who ever took a step out of the door and found himself swept up in adventure.”
When I read that passage, I knew. I had found a kindred spirit. Two, actually.
Heroes are not necessarily the stuff of summer blockbusters and caped crusaders. Sometimes, they are just a man and his small dog doing what they know is right. Doing what they are meant to do.


Tom writes that Following Atticus, “…is not the end of a book but nearly a chapter.” In the following interview, I ask Tom about the new direction his life has taken since the book’s release, the obstacles he and Atticus have encountered in the world beyond the White Mountains, and the paths these two unlikely heroes have explored in search of their next chapter.

For more, including my interview with Tom Ryan, see the P.S. section of Following Atticus: Forty-eight High Peaks, One Little Dog, and an Extraordinary Friendship
Posted by Unknown at 6:45 PM