The Door's Open but the Ride ain't Free 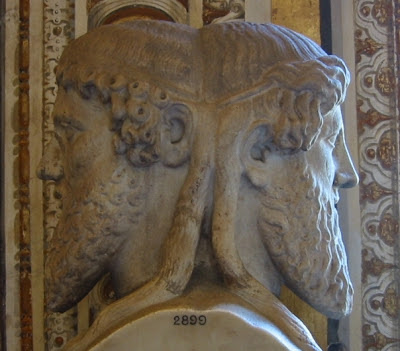 In the midst the deepest, darkest, most sweltering miles of Sunday's Covered Bridges Half Marathon between Pomfret and Quechee, VT, I glimpsed both the tantalizing vision of an unexpected Gatorade stop and a new direction for this blog.

The school year is coming to an end, I have an entire book to write by November 1, and I'm....well, frankly, I'm a little bit nervous about that.

I've always been a teacher who writes. A teacher and a writer. I like the balance of that sentence, the weight of those two occupations distributed evenly on each end. I depend on the give and take of that arrangement; the influx of material through teaching and the outpouring of words through writing. When the school year ends next week, I will no longer be a teacher and a writer. I am taking a leave of absence in order to give this incredible opportunity, this book, my best shot.

For the next two years, I will be a writer. Full stop. Hear the clunk at the end of that sentence? It's as if the teacher jumped off the see-saw while that writer was up in the air, and bam. The writer is left behind, bewildered and a little breathless.

My entire life, I have dreamed of being "just" a writer, a real, professional, pay-the-bills-with-words writer. And now I am.

I am at once relieved and terrified, and the one thing I know for certain is that the coming two years will be an adventure.

I was worrying over the coming two years as I approached that lovely Gatorade station. Which did not, in fact, exist. I had conjured it into being out of my thirst and fatigue, and the mirage melted away just as I reached it.

As I checked myself for signs of heat exhaustion, I thought of another woman who is embarking on her own new adventure. Sherry is a writer I met through an amazing writer and literary agent  Betsy Lerner. Actually, I've never "met" either of them. Betsy's blog about the writing life is populated with writers whose work I follow, writers I admire and adore. A few weeks ago, Betsy shared the news of Sherry's new adventure on her blog, and as I made peace with that disappearing Gatorade station, I realized that Sherry is the perfect person to kick off my two-year stint in uncharted territory.

Fortunately, Sherry graciously agreed to share the story of her new path. Oh, and I finished the race without keeling over from heat exhaustion.

I will let Sherry take the reins from here, and I hope you will stick around to see where this is all headed.

My name is Sherry, and I am changing my life.

As I whimpered past the age of 50, I realized I’d spent the last 30 years doing the same ordinary things. Every. Single. Day.

I know many people who are in a similar rut: those who spend more than their share of evenings folding clothes in front of the TV, daydreaming about the world out there while they contemplate having that second bowl of ice cream.

So, in the last few months, I took the first steps toward a new life journey. I sold my house of 21 years, bought a condo, and lost nearly 30 pounds (with more than a few to go). And then I started pondering how I might shake up my life in a number of smaller ways. Thus was born, “The 52/52 Project: A Yearof New Experiences.”

As I turn 52 this year, I am embarking on a list of 52 things I’ve never before done—a year of weekly experiences well outside my comfort zone. It’s not a bucket list. Several of these are not events any sane person would have a natural hankering to attempt. Some will prove to be fun, while others loom as frightening. More than a few will surely end up embarrassing.

They range from training for a 5K (this for a woman who piles items at the bottom of the stairs so to avoid making more than one freaking trip up the steps, and who last ran nearly 20 years ago, probably up to the bar for last-call) to spending the night in a haunted house (I do believe in spooks, I do, I DO), to getting a Brazilian wax (just shoot me now).

Why now? Was the anticipation of turning 52 some magical moment? Likely not. But at some point in our lives, we either decide to continue sighing at the status quo or we embrace change.

I’ve chosen to embrace change, albeit with trembling fingers.

As a humor writer, a number of the experiences on my initial list were crazy, trivial items, primarily designed for a laugh. Some of those silly items remain there. Everyone should behave silly from time to time, and going outside our comfort zone certainly requires being able to laugh at ourselves.

The readers commenting on my new Facebook page, which chronicles my adventures, appeared to be charged and excited. A few called me an inspiration. Me? The middle-aged woman who never thought of herself as more than a cautionary tale—was now somehow an inspiration?

That inspired me to look deeper into myself and my project. I replaced a few of the more trivial line-items with more meaningful experiences. Most stories are still likely to draw laughs—especially my own self-deprecating laughter. Some will be more thought-provoking.

I hope to succeed at most. It’s possible I’ll fail at a few. But even then, I hope the experience will result in my changing and growing.

I hope you will laugh with me, cringe with me, and evolve with me, on this year-long journey.

Please join me in jumping the curb, taking a detour from the safe and secure cul-de-sac of our lives to visit personally unexplored territories.


But buckle up; it could be a bumpy ride.


Sherry Stanfa-Stanley is fond of saying she is a recent empty-nester who now devotes her spare time to caring for rescued animals. In reality, the grown children keep coming home and she caters to a bunch of spoiled and badly behaved pets. By day, Sherry is a communication director at a midwestern university, and by night she writes women’s fiction, humor, and human interest stories. Sherry’s work has appeared here and there, and now here… She received one of nine national fellowships in 2011 by the Midwest Writers Workshop. She is currently changing her life through 52 eye-opening, frightening and humiliating new experiences. Follow along on Facebook at https://www.facebook.com/The52at52Project.
Posted by Unknown at 6:04 AM