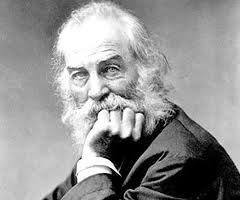 As I closed up my windows, shut off the lights, and took one look at the white boards in my classroom before leaving school, I marveled at the tangents one teacher can explore in one day. Today was a slow day - I taught only English 7, Latin 7, Latin 8, and English 8 - but we still covered a lot.

The white board was covered with Roman numerals (MCMXXXVII = 1937, 245= CCXLV), an etymological explanation of the word "cognate," a big red arrow between "cognate" and the word "renaissance," a breakdown of the clauses in the First Amendment of the U.S. Constitution, the words "natural man," "blind," "eyeless," "bedlam," words for Roman time and space. Hora, nundinae, pedes, mille passus, librae.


Kalendae, Nonae, and Idus, oh my.

As I happen to be a woman with a short attention span,  teaching is my perfect job. The more variation, the better. But even I revel in the moments when the word "cognate" (related by birth or origin) can tie in to the word "renaissance" (a rebirth of art or culture) as it's related via the Latin verb "nascere," to be born.

I am talking about the First Amendment because Robert Pondiscio challenged me to ask my students the question [and I paraphrase] "If President Obama has made a statement in favor of same-sex marriage, why isn't it simply the law of the land? Why can't he decide that the national color is purple or that we should have to eat beets at every meal because they are his favorite food?"

The questioning revealed some holes in my students' knowledge base, so the cultural literacy items for the next ten days are set. Today: What is the content of the First Amendment? Monday: Second Amendment? Tuesday: Third? And on and on...

Connections made in class today:

1. The term "libra," or "pound" is related to the modern abbreviation "lb."
2. The word "nascent" is related to the word "nascere."
3. The term "bedlam" has to do with Edgar's insanity, and his association with the inmates from the Bethlehem, or "Bedlam" hospital for the insane.
4. The idea that places like China don't allow citizens to have access to social media is contrary to our freedom of assembly.
5. The Bill of Rights might just be related to the similarly-named Rights of Man.
6. The modern days of the week with the Roman days in between the market days that occurred every eight days. Beginning with Saturday, the days were: dies Saturni, Solis, Lunae, Martis, Mercurii, Iovis, and Veneris. Readers with French or Italian experience will see the connections more quickly, but the seven days in between the market days coincide with the modern days of the week.
7. The storm brewing on the heath (Act III, scene 1) is analogous to the storm inside King Lear's head and portends his coming insanity.
8. The rostra, or speaker's platform in the Roman Forum, is not named for the speaker's platform at all, but for the rostra, or battering rams from ships, placed on the front part of the Forum's stage.
9. The speech Marc Antony made after Caesar's death - was that made from the Rostra?

I have to run now as I am obliged to dress up in "semi-formal dress" for my students' graduation dance. The next couple of weeks promise to be an amazing mix of wrap-up and new moments, and I can't wait.

I announced the final project for 8th grade English and King Lear: Create some an artistic, 3-D representation of the storm on the heath. You may represent the internal struggle, the external struggle, or both. Surprise me.

And they always do.